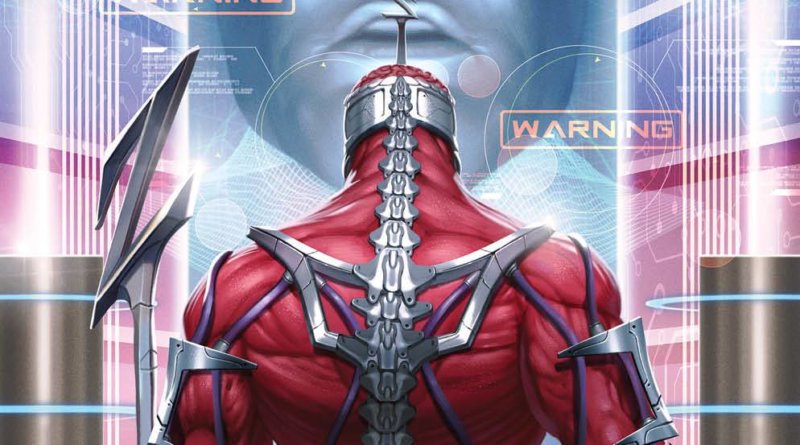 The Boom Studios May 2021 solicitations are here! Firefly Blue Sun Rising gets a hardcover, Something Is Killing the Children continues along with Buffy, Power Rangers, and much more!

THE OFFICIAL PREQUEL TO THE GROUNDBREAKING DUNE.

SOMETHING IS KILLING THE CHILDREN #16 CVR A DELL EDERA

The story you demanded begins here: the origin of Erica Slaughter!

What shocking events brought Erica to the House of Slaughter?

…and what did she have to do to join the Order of St. George?

The secrets are revealed here for the first time in this perfect jumping-on point for new readers.

Fifty years have passed since Captain Malik and the crew of the Vihaan II embarked on their fateful mission-and the universe has changed in ways no one ever expected.

Jason Hauer, one of the fated Vihaan II crew, is now 71 years old and living a life on the razor’s edge between the Harvesters and the Worshippers. But as these rivalreligious factions clash throughout the galaxy, Jason finds himself thrown into the center of the chaos and forced to confront his tortured past.

This is it – Elena vs. The Umbra, with the future of Detroit on the line.
But even if Elena can save those closest to her, nothing will ever be the same…
Final Issue.

THE NEW ERA OF FIREFLY CONTINUES!

The crew of Serenity need to go where the Alliance can’t reach them.

And that one place may be The-Earth-That-Was, a strange world filled with ancient artifacts, a new civilization and…maybe some semblance of hope.

Well, if Captain Kaylee and Captain Mal can somehow get along…

Meet Reynard, a wily but penniless fox who boasts to his learned friend Stork that he will make himself a fortune at the market, despite having nothing to sell but an empty pouch.

But Reynard’s scheme may come with terrible consequences, both for the customers he cons and for the con-man himself…

Award-winning author Amal El-Mohtar (This is How You Lose The Time War) and Isa Hanssen present the next standalone chapter of this Jim Henson-inspired epic limited series here, with a different acclaimed creative team on each issue!

The final battle has arrived-Saoirse vs Badb!

With the full power of the Cailleach against her, can Saoirse avenge her hometown and protect her family from further tragedy?

The Orcs have made it to safety! Yes!

Looks like Bog, Zep, Pez, Utzu, and Gurh have a new battle ahead of them against an ancient evil from the Astral Plane.

The girls are supposed to stay out of trouble…and away from the haunted stretch of Proctor Valley Road.

The Order has managed to find their way through the land of Faerie, but danger awaits them on the other side.

After experiencing such loss, can Caspar continue to keep his vow as a Holder to protect the Secrets before all else?

SPECTER INSPECTORS #4 (OF 5) CVR A MCCURDY

The Spector Inspectors are on the trail of a demon and just met a ghost.
The problem is, that’s the good news.

Turns out Cape Grace has a whole lot of secrets and none of those are good. 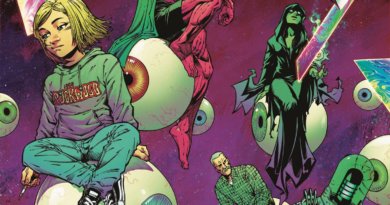 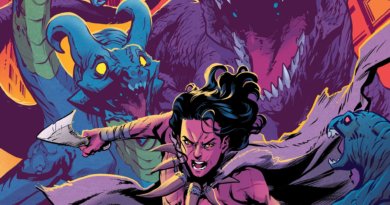