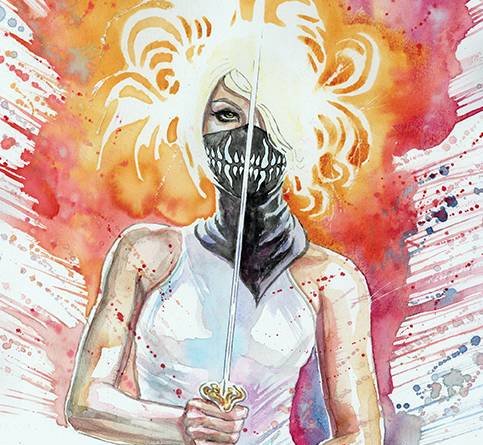 
The Boom Studios January 2022 solicitations are here! Power Rangers continues, Once and Future gets another new TPB, Angel gets a new mini series and much more!

Welcome to Detective TV, starring Angel and his co-star, Cordelia!

But wait, Angel isn’t just a celebrity? No, he leads a double life… as a real monster hunter for Angel Investigations!

Sometimes this double life can get his friends in trouble. As Wesley is recovering from a horrific curse, Angel stumbles into a series of supernatural events, and finds himself sucked into an unexpected and mysterious world.

He soon faces a terrifying enemy, who sees him as an intruder…

In the long awaited continuation of Cursed Pirate Girl, her loyal companion Pepper Dice reveals that there’s still time to bring back her father, the Pirate Captain Douglas!

If she can escape the Sea King’s Palace with The Bright Star, will she be bold enough to enter The Devil’s Cave in the hope to bring her father back? Or will the Devil Jonah and his minions stop her?

It’s open war on Amonkhet as the Planeswalkers battle an entire plane’s worth of ravenous undead.

The plan is made and the stage is set, but against overwhelming odds and with Marit Lage’s arrival imminent, can they unite to stop her once and for all?

And with stakes unlike anything the Multiverse has seen before, can our coterie of heroes be victorious without paying the ultimate price?

Eva and Caspar escape the Seekers’ Headquarters, but the secret of Caspar’s identity threatens the bond between them.

Can they find Amon in time before he uses the Books of Nostradamus to unleash his ultimate plan?

SOMETHING IS KILLING THE CHILDREN SLAUGHTER PACK (BUNDLE) #1

Don’t miss your chance to own the new, special editions of the entire “Archer’s Peak” saga that launched the phenomenon Something is Killing the Children in the first of three “Slaughter Packs.”

Contains Something is Killing the Children #1-5 by Eisner Award-winning writer James Tynion IV (The Department of Truth, The Nice House On The Lake) and artist Werther Dell’Edera that first introduced Erica Slaughter and the Order of St. George to the world.

Following a message from Regan, Hannah rushes to stop the Chimera as they unleash a deadly attack at a shopping center.

But are Barret and the amassed Faithful playing a more sinister game of chess, which will leave Hannah and Regan cornered… unable to escape?

There’s more to Elseverse and Stone Industries than Toba originally thought-much more, and the town is in danger.

Toba is no match for the goons and the intelligence, Ewon. But maybe with the mysterious girl he’s been seeing around town, he might stand a chance…

After a coven rally meant to heal the atmosphere ends in tragedy, Thessally seeks out Buffy guided only by instructions from an old friend.

Despite their shared past, Buffy refuses to train her. Instead, she delivers Thess to The Watcher’s Council, certain they’ll be more suitable guardians.

But the Council isn’t what they seem, putting Buffy and Thessally in peril, until the intervention of three hooded figures…

THE NEXT CHAPTER OF WE ARE THE SLAYER!

What’s to Love: Jeremy Bastian’s intricate artwork is unlike anything in modern comics, and his first Cursed Pirate Girl graphic novel has garnered wide critical acclaim. Now he’s back to bring readers the next chapter of the Cursed Pirate Girl’s adventures in this over-sized annual in the vein of Alice in Wonderland meets 19th-century political cartoons.

With the Alliance onslaught defeated, Kaylee faces the grim choices… and sacrifices involved in saving the Earth That Was.

Which of the crew will follow their Captain, ready to make peace with the past and face what future the ‘Verse holds for them?

And if our heroes can take care of the Alliance once and for all, what destiny will the Washbot choose?

Dizzy and the rest of The Rollers have had a quiet couple of days, tracking any possible Negatrix activity and getting Dizzy ready for the big skating competition.

But as Dizzy’s confidence in her abilities climbs, arrogance becomes a mask for self-doubt, to the detriment of her friends.

Even as Dizzy starts to doubt herself, and pushes her pals away, she realizes that Mayor Fox is infected by the Negatrixes and is spreading their negativity all over town!

But before she can get her thoughts in order, Dizzy discovers a dark, unexpected secret behind her ‘Burb Defender identity at the worst possible time… when her powers run out of charge…

Jace embarks on the life or death trial that all White Masks must undergo… the Ritual Hunt.

Meanwhile, Aaron is torn between his burgeoning feelings for Jace and his duty to the House, but not for long – if Jessica Slaughter has anything to say about it.

Diana, the ethereal, larger-than-life feminist commune leader, prepares Marion to become the vessel for all of the rage and suffering of the commune – and of women everywhere.

Marion and the other women on the commune take their revenge on Chuck and Howie as scapegoats for the sins of mankind?

But will their brutal justice resolve the seemingly endless cycle of violence, or will it continue until it devours the entire island-and perhaps even the entire world?

On the moon, the epic, long-awaited battle is finally here as Zordon and Lord Zedd go head-to-head!

As the Empyreals are unleashed, the Rangers must summon every weapon at their disposal to stop them from cleansing Earth.

Can Matthew and Tommy put their differences aside to avenge their fallen comrades? And what other unexpected alliances will be formed in the desperate attempt to stop the Empyreals?

The civil war continues to rage in Otherworld as both Arthurs face off against one another!

Meanwhile, Bridgitte and Duncan seek out a secret weapon against their royal foes-a true man of the people by the name of… Robin Hood.

With the fate of Earth and the Zeo Crystal hanging in the balance, unexpected alliances are formed to stop the Empyreals and their master!

On Earth, the Zord battles continue, culminating in the Omegazords finally coming together in a never before seen form!

Will it be enough when all seems lost? And when every twist is revealed who will stand victorious in this pulse-pounding conclusion of The Eltarian War… and who will die?

In the ancient past, six teens scramble inside the Masterforge to save a mysterious figure they rescue from the Morphin Grid.

But in doing so, they strand themselves from their parents, the Morphin Masters, who ascend into the Grid itself to protect it from Dark Specter.

Can they protect Earth and the Grid itself from the impending forces headed their way? That question will have to wait, because first they must defend themselves against… a T-Rex attack!

REGARDING MATTER OF OSWALDS BODY #3 (OF 5)

After learning that Sonny Germs is the double for the suspected assassin, our crew tails Oswald’s police escort to the station…where Oswald is surprisingly shot upon leaving.

But after realizing how seamless the process was, they question who Frank works for, and how high up it all goes… 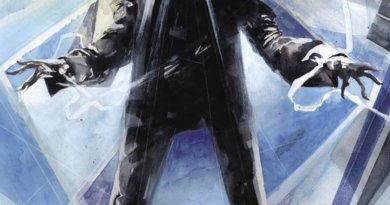 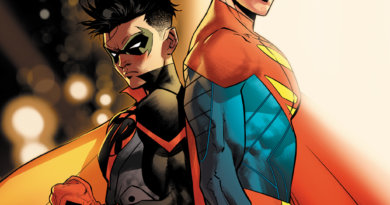 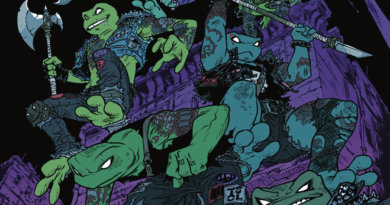