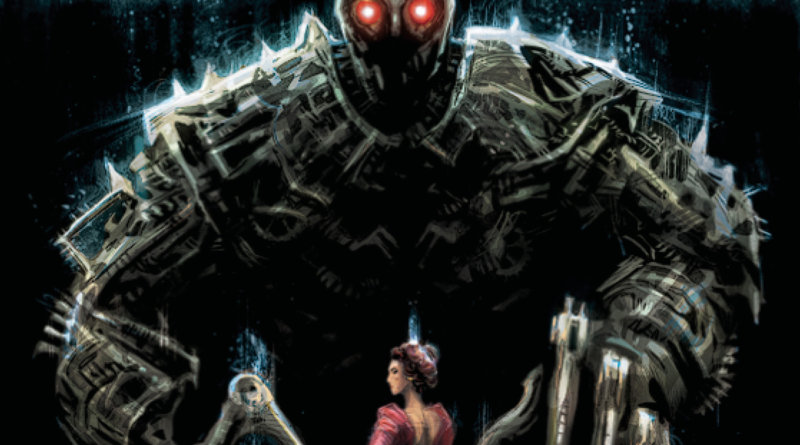 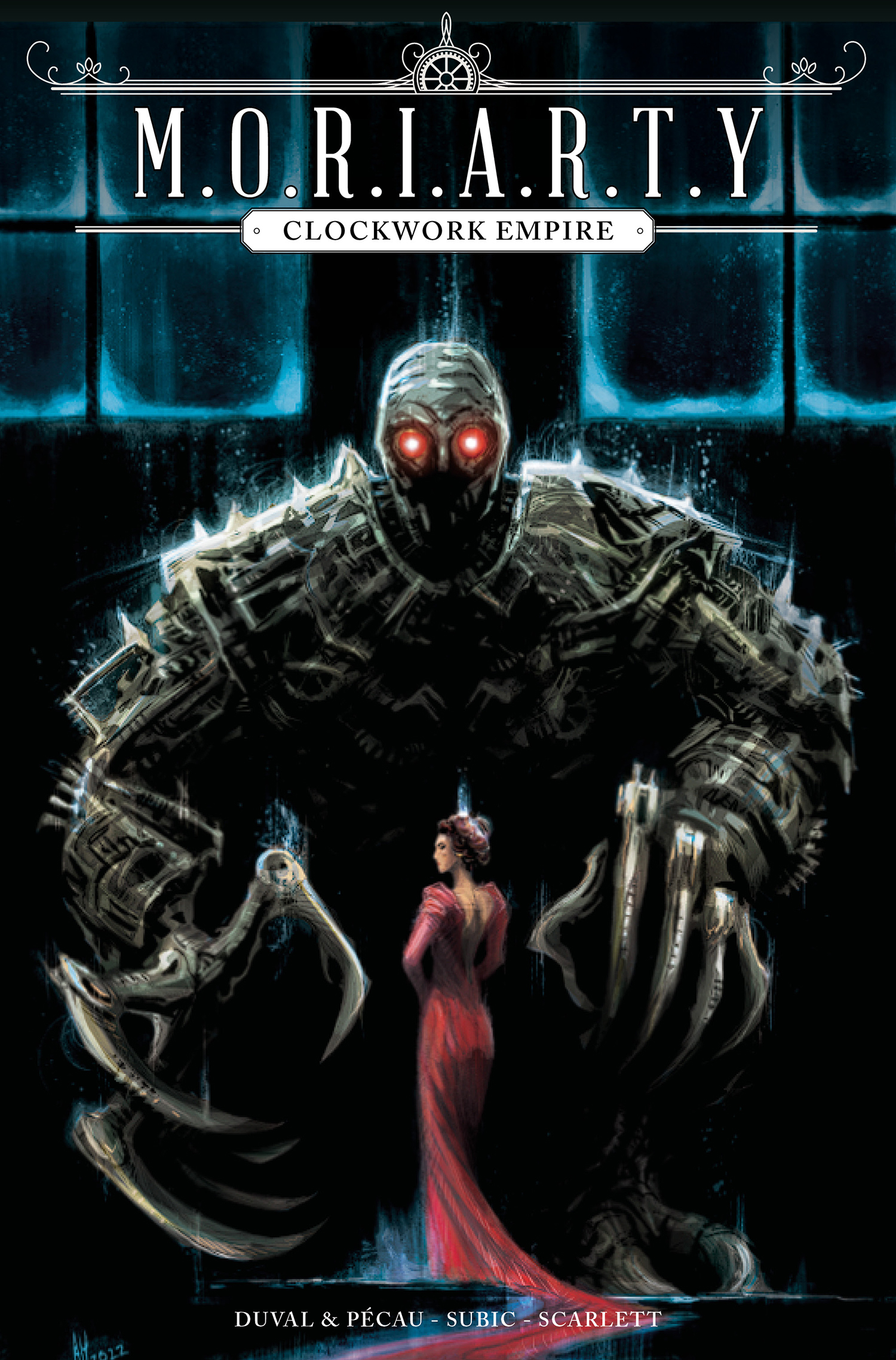 IN SEARCH OF GIL-SCOTT HERON

CELEBRATING THE 50TH ANNIVERSARY OF HIP HOP! DISCOVER THE GODFATHER OF RAP!

Singer, poet, and writer; considered to be the godfather of rap, Gil Scott-Heron is a myth and legend in the Afro-American music scene. Through his personal experiences, Thomas Maucéri discovers the life of this genius, alongside the complex past and present of the America that Scott-Heron lived in. 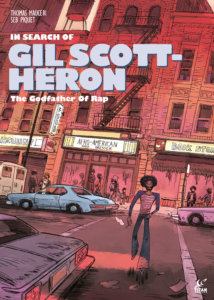 MICHAEL MOORCOCK’S MOST CELEBRATED CHARACTERS COLLIDE IN THIS MULTIVERSAL SAGA! COMBINING THREE UNIQUE AND SEPARATE STORYLINES FROM THE ETERNAL CHAMPION NOVELS INTO ONE CENTURIES-SPANNING EPIC STORY!

With reality under threat from the criminal mastermind, Silverskin, it is up to heroes from across Moorcock’s sprawling multiverse to maintain balance. 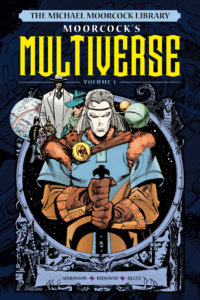 WHITHNAL AND I: FROM CULT TO CLASSIC

Featuring new interviews with the cast and crew, contributions from famous fans, and illustrated throughout with never-before-seen photography and archive material, this is the definitive, must-have book on the beloved cult movie Withnail & I. 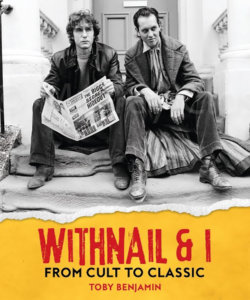 The Serenity crew head to Yell City to track down the killers of a local lawyer. Unluckily, the job is lot more complicated than it seems. Taking down a local gang is one thing, but cleaning up a whole city? That’s not the job they signed on for. When Mal and the crew find themselves trapped, they realise they are in deeper than they could have ever imagined… 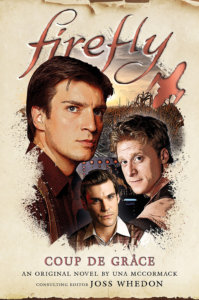 GUARDIANS OF THE GALAXY: ANNIHILATION CONQUEST

Experience the cosmic adventure that reshaped the Marvel Universe!

When the Kree Empire is assimilated by the techno-organic Phalanx, Star-Lord gathers his allies in a desperate effort to stop the threat from absorbing the whole galaxy. Against insurmountable odds the Guardians must find the only beings strong enough to stop the all-consuming Phalanx spreading across the stars. Written by MIKE JOHNSON (Supergirl, Star Trek) with artwork by ANDRES GUINALDO (Justice League Dark), with creative consultant Academy Award nominated screenwriter MICHAEL GREEN (Blade Runner 2049 , Logan )! Cleo Selwyn has returned to L.A. in search of her Replicant mother, Isobel, whom she believes has been kidnapped by Niander Wallace himself. The only person who can help her? Disgraced former Blade Runner, Aahna ‘Ash’ Ashina.

FOR THE FIRST TIME IN ENGLISH, THE CLASSIC MANGA ADAPTATION
BY TOKUSATSU LEGEND SHOTARO ISHINOMORI! BASED ON THE KAMEN RIDER KUUGA TV SERIES- AIRING ON SHOUT FACTORY IN THE US.

Dark secrets will be revealed as another legendary Kamen Rider enters the fray. Detective Ichijo cares for nothing more in the world that his sister Karine: the victim of a terrible crime, that left her heart broken. Years ago, seven girls were kidnapped but only Karina survived… the perpetrator Yukina Tsugami was locked away… but little does Ichijo and Kuuga know that she is in fact the legendary Agito. 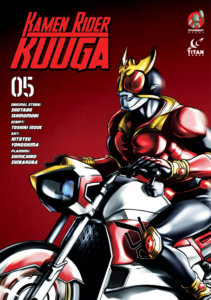 Reunited, Ash and Cleo take to the road in search for Cleo’s missing mother. Will they survive the treacherous I – 5 Highway, and can they escape the lingering threat of Niander Wallace’s ‘First Angel’, Luv? 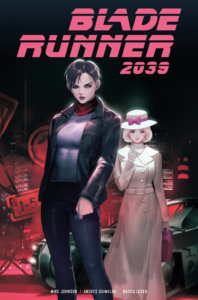 MEET THE NOUNS IN THEIR FIRST COMIC BOOK ADVENTURE! AN EPIC A DVENTURE OF PLAYGROUND – STYLE FUN & HUMOR!

Nouns DAO presents a new sensational mini-series by writer David Leach (Psycho Gran) and artist Danny Schlitz. A deeply moving coming – of – age drama about a small – town thimble salesman caught up in a politically – charged espionage caper involving a stolen atom bomb, a signed picture of the pope, and a man with a fox for a head. In a London opium den, a monster is killed by the police with seven bullets to the body. At the Diogenes club, an investigator, and his partner thwart the Machiavellian plans of a card-playing automaton, and that evening the monster’s alter ego will come out of the hospital unscathed… and HOLMES AND WATSON are on the case! 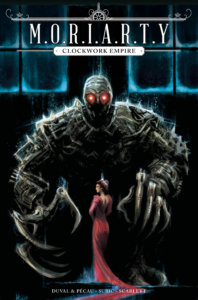 Covers are exclusive to this pack. Limited to 500 copies 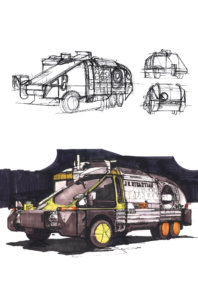 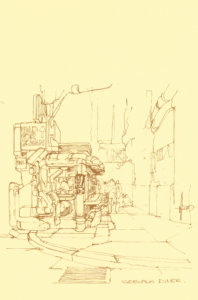 STAR TREK: PICARD – behind -the-scenes secrets from the final series revealed!
PLUS – a look back at the first season of Star Trek, featuring an extended interview with Nana Visitor.
STAR TREK: DEEP SPACE NINE 30TH ANNIVERSARY – the celebration on continues…

EXCLUSIVE NEW FICTION, ALL – STAR INTERVIEWS, AND MUCH MORE!